Everyone knows that brushing your teeth is an essential part of good dental hygiene and oral health. But many people avoid, forget, or just simply don't decide to floss their teeth in addition to brushing. Flossing is important because it removes the stubborn plaque and food particles from deep between the teeth where your toothbrush simply cannot reach. It's also an important part of cavity prevention. Most dentists ask their patients if they've been flossing regularly, and most people tell their dentist of course they have, even if they haven't been. What you might not know is that your dentist can usually tell whether you're telling the little white flossing lie or not.

If your dentist begins working on your teeth and your gums begin to bleed, this is often a sign that you haven't been flossing regularly. Gingivitis can affect people on many levels from mild to very severe, and even slight bleeding of the gums is often an indication that the patient is not a regular flosser. Bleeding gums most often occurs because of bacteria buildup between the gums and the tooth. This can be remedied by regular flossing. Even if you tell your dentist you've been doing a great job flossing, it can often take at least one full week of regular flossing to get rid of the side effects of gingivitis and remove all the excess plaque and bacteria.

Even if you have the fanciest pulsating electric toothbrush on the market and rinse with expensive mouthwash every day, nothing can replace the job of flossing in between teeth. If your dentist spots buildup between the teeth and this is a problem for more than just a few of your teeth, it's probably proof that you haven't been flossing like you should. Your dentist may kindly remind you about the importance of flossing, or they may just point out that you have a lot of buildup and let you know the implications that it has. Some of those negative implications include infection, tooth decay, and cavities.

Your gums don't necessarily have to bleed in order to exhibit signs of distress. Gums that are inflamed also indicate an underlying problem and can be a precursor to periodontal disease. This can also cause the bones in your jaw to experience damage and possible decay, which can lead to much more serious issues. The next time you have an appointment at a dental clinic like Higson Dental Group, be sure you can honestly say "yes" when asked if you floss. Your mouth and your dentist will thank you for it! 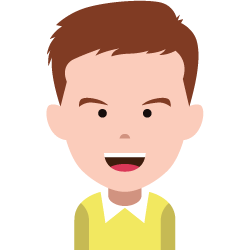 As a kid, I really hated going to the dentist. Part of the problem was that I hated sitting still for longer than 5 minutes, and between the waiting room and the dentist's chair, appointments more than filled my daily sitting quota. The rest of it, though, was that I simply didn't know what was going on or understand the point of it. However, I was a very smart and precocious child, and I loved learning. My mom realized that the "fear of the unknown" was why I hated the dentist, and so she told me to start doing some research. So I did. Ever since then, I have been fascinated with dentistry. Even though I'm still just in high school, it's my dream to go to dental school one day.